Brewing coffee using French press is a passion for some aficionados. It requires a bit of time and effort to prepare, but it ensures that the resulting coffee is as good as it can get. In this article, we will talk about the best coffee beans for French press... and more.

The Origin of French Press

This method of brewing came from France in the mid-1800's, but it wasn't called French press back then. It was simply a coffee press composed of a container, a metal filter and a rod. A little over half a century later, a more efficient design was patented by a Milan-based inventor. Thus, the modern French press was born.

The process is quite simple, but preparation is thorough and requires several tools. In a nutshell, the things you'll need aside from the French press brewer are:

A French press and a French roast refer to entirely different things. French press refers to the brewing method that is said to have originated from France. French roast, on the other hand, is a method of roasting that results in the coffee beans having a darker color. 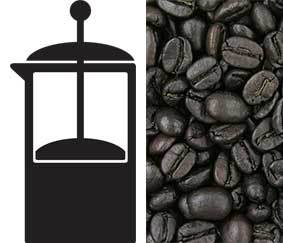 Pre-Ground vs Grind It Yourself

Buying a pack of ground coffee is convenient and time saving. However, it is also prone to contamination. Many coffee aficionados do not recommend buying pre-ground coffee due to this. The bean is like a protective coating. Once you grind it, it begins to release odors into the air or risks being exposed to moisture. All these subtle factors affect its flavor.

No one's going to stop you from buying ground coffee, but if you want a great tasting coffee, choose whole beans and grind them yourself. This way, you'll feel comfortable knowing that the best coffee beans for French press will not go to waste. 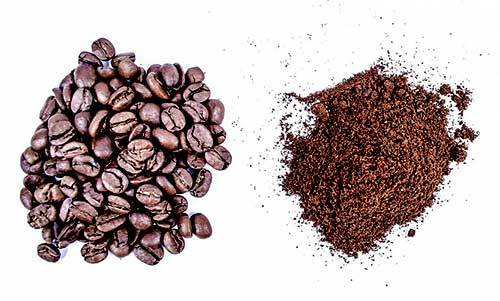 Grinding coffee beans press guarantees that the end product is as fresh as possible. For French press, a consistent coarse grind is preferred. This means that the grounds must be large enough not to get through the filter. Click here for a brief explanation of grind levels. 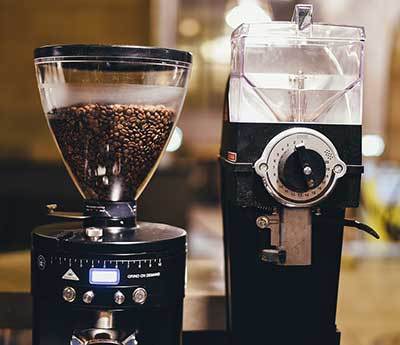 Here's a list of some of the best selling burr grinders that you can find online:

Your French press coffee wouldn't be complete without coffee beans. The chart below lists some of the most popular coffee bean brands with their roast levels.

Measurements are important in French press. Leave your coffee long enough and it will taste very bitter. Pour boiling water and it will burn the beans.

Having the measuring tools mentioned above will guarantee that you'll make the perfect coffee each time. 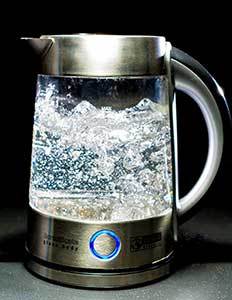 In the United States, one cup is equal to 6 ounces of water (177 mL). For the rest of the world, a cup measures 8.45 ounces or 250 mL. French press brewers and water kettles do not have individual cup measurements, so you're gonna have to rely on your measuring cup for the correct measurement. Once you have your desired number of cups, boil the water in the kettle.

While waiting for the water to boil, take out your burr grinder and digital kitchen scale, then measure the coffee beans that you would like to grind. The generally accepted rule among coffee lovers is 5-10 grams of whole beans for a cup. Weigh your best coffee beans for French press against a kitchen scale and then pour the beans over to your burr grinder. Burr grinders typically have grind level settings that you can simply turn. Set it to coarse.

By now, the water should already be boiling. It is still too hot for the coffee beans, so leave it for a while, take out your digital thermometer and measure the temperature until it lowers down to 195-205 degrees Fahrenheit or 90-96 degrees Celsius. That is the ideal time to put the grounds and pour the water into the French press container. Gently stir a few times. Next, cover it, grab your timer and let the water steep into the grounds for 4 minutes.

There's one last step before your French press coffee can be served. With the attached plunger on the cover, gently push the rod downward until you get to the bottom where the coffee grounds are. This will allow the grounds to settle below instead of blend randomly with water. Your coffee is now ready. 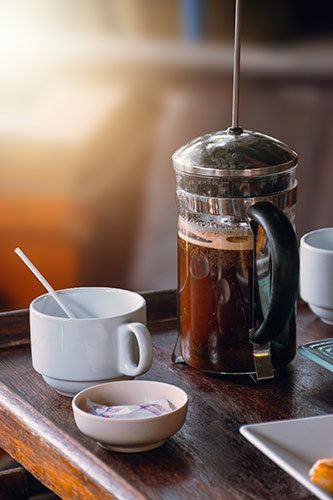 Watch this video detailing the steps on brewing coffee using French press. The proportions may vary, but the method remains the same: